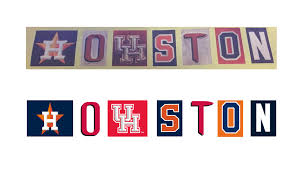 Living in the shadow of Houston, Texas, there are plenty of sports entertainment available for residents of nearby Baytown. To start, the Houston Astros gave baseball fans quite a year, earning their third consecutive AL West division title after their victory over the Los Angeles Angels. They finished the season with a record of 107-55, not only the best in franchise history, but the best record in all of baseball! Entering the playoffs as the top seeded team in both leagues, they quickly advanced to the ALCS for the third time in a row. In a showdown with the New York Yankees, Astros second baseman, Jose Altuve, hit a walk-off home run sending the team to its third World Series. However, they lost the 2019 World Series to the Washington Nationals in game seven and lost all four home games. After the Astro’s heartbreaking World Series defeat, you may be wondering what else is going on in the world of sports in and around Baytown, so, here is a glimpse of what is going on with your local teams.

Texas is known for its fanatical football heritage and this year the Texans are sure to display an exciting season. It will mark the first full season without the ownership of Bob McNair, who died during the 2018 season. The Texans also fired their General Manager, Brian Gaine, after only one season earlier this year. Both events have created a lot of uncertainty for the upcoming season, however the Texans have started off strong leading the AFC South 6-3 and are ranked 3rd in the league. 2019 is the Houston Texans’ 18th season in the National Football League and the sixth under head coach Bill O’Brien.

Unfortunately, the Rockets have not had a great start this year. Currently they rank 9th in the western division at 3-3, their defense is a disaster (rated second to last), and the offense is not as strong as it once was. Many fans are starting to panic! Luckily, it is still early in the season and the team has once again called in the help of former assistant coach, Jeff Bzdelik, to mastermind a new defensive scheme. It should make for an exhilarating season as fans are left on the edge of their seats hoping the team can turn things around.

To get your football fix, the University of Houston Cougars are sure to deliver the full college ball experience this year. Head coach Dana Holgorsen has vowed to fight on despite losing two of his star athletes to injuries for the remainder of 2019! Senior quarterback, D’Eriq King, who set the American Athletic Conference record last season with 50 touchdowns and senior receiver, Keith Corbin, who is a third-year starter, both said they would be returning in the 2020 season. Meanwhile, coach Holgorsen has said “we’ve got kids that we’ve recruited to come into the program that we have confidence in that can play at a high level. … We’ve got a lot of confidence in our coaching staff and everybody else that’s on the team and in the program.” The heightened drama should make for an exciting year!

So far this year, University of Houston Cougars Basketball has been on fire! Ranked number one in the American Athletic Conference, the team has secured former Kansas guard Quentin Grimes. ESPN ranked him the best transfer player still available for the season and he chose the Cougars over Texas A&M. Coach Kelvin Sampson hopes that the addition of Grimes will make the Cougars a top-25-caliber team, ushering in another strong season for the team. Under his direction the Cougars have made two NCAA tournament appearances in the last five seasons, winning the American Athletic Conference last year 33-4, and advancing to the Sweet 16 before losing to Kentucky.

Baytown and Houston are great places to be in the fall when it comes to sports, and if you want to make a winning play when it comes to selling your home, we can help. We are Gulf State Homebuyers and we buy homes in the areas of Baytown and Houston. We are all cash home buyers who can get you a surprisingly competitive offer for your home as-is. If your home has been damaged by fire, flood, or storm, or if your home has just become a bit outdated, an all cash buyer is perfect for you. Skip the time and money required to get your home ready to sell and sell to us!

Get a Free Cash Offer Today!

see if your home qualifies for a free cash offer!
GET STARTED